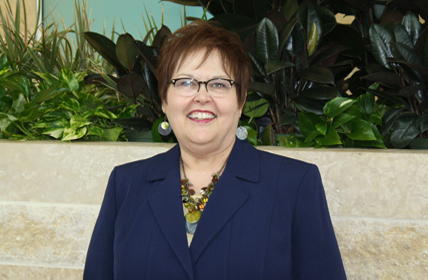 After almost a decade at Sioux Center Health, Chief Executive Officer, Kayleen R. Lee is resigning.
Sioux Center Health Board President, Brian Van Engen announced the resignation effective March 2, 2018. According to a statement released by the health center, Lee “has played a critical role in the development and success of Sioux Center Health since 2008 and was responsible for many significant accomplishments.
“She was vital to the development and construction of a new $48.5 million hospital and medical clinic campus and led the efforts in raising $13 million toward the capital campaign. Kayleen’s focus on service excellence has been fundamental in the continued growth and success throughout the entire organization and her commitment to ensuring a stable and highly competent medical community allows Sioux Center Health to provide quality care and remain dedicated to serving the community.”
There have been so many accomplishments by Lee, a CEO that has set goals and crushed them. Administrators, staff and patients will continue to reap the benefits from the legacy that she has left behind.
“I was really called to serve in this health ministry,” Lee said. “For the past nine and a half years, I’ve devoted my time and energy to ensure that we’re living the gospel values of Jesus’ healing ministry and we’re striving to bring hope, health and healing to life which is our mission. And to provide the highest quality of care that we can.”
The big question is “why now,” when everything is moving at a positive pace and she is at the top of her game.
“I’m turning 63 years old,” she said. “I have six grandchildren who live in South Dakota. I’ve worked full time all of my adult life, and my husband and I are at a point where we think that it’s time to make that change and kind of have an opportunity to explore some new things that perhaps working on a full-time basis, you’re not able to do.
“So, while I’m not retiring, I am going to take a break so I spend a little more time with my family and then I’m going to see what God has in mind for me, more on a part-time basis.”
Recognizing that employees are Sioux Center Health’s greatest asset, Lee has led the educational efforts to develop leaders and staff resulting in an employee culture which continues to improve in engagement and satisfaction over the past several years.
“The Sioux Center Health Board of Directors want to sincerely thank Kayleen Lee for her dedication and commitment to excellence as the CEO of Sioux Center Health,” said Brian Van Engen, Board President. “We appreciate her leadership and the direction she provided and we wish her the best in her next endeavors.”
Over the new few months, the board of directors in partnership with Avera will be conducting a search to find a new CEO. During this transition period, it is the priority of the Board to find the best individual to lead, while still maintaining a thriving and effective organization.
Therefore, in the next few weeks an Interim CEO will be named and Lee will aid in trying to make the transition as seamless as possible.
“I take great pride in strengthening the health ministry in this organization through my leadership here at Sioux Center,” Lee said. “I’ve had a positive impact on what has been done and with other things personally in my personal life, I think God’s giving me a message that maybe now is the time to step back and allow new leadership to take over.
“We’ve got a good foundation and things are good. And frankly, you want to leave when things are really good and you feel like you’ve accomplished your goals. That’s where I’m at right now.”
Sioux Center Health is a nonprofit, community hospital established in 1946 by a group of local leaders who envisioned a health ministry to serve the needs of the community. It is governed by 42 community members who serve on the board of directors.
published by Sioux Center News