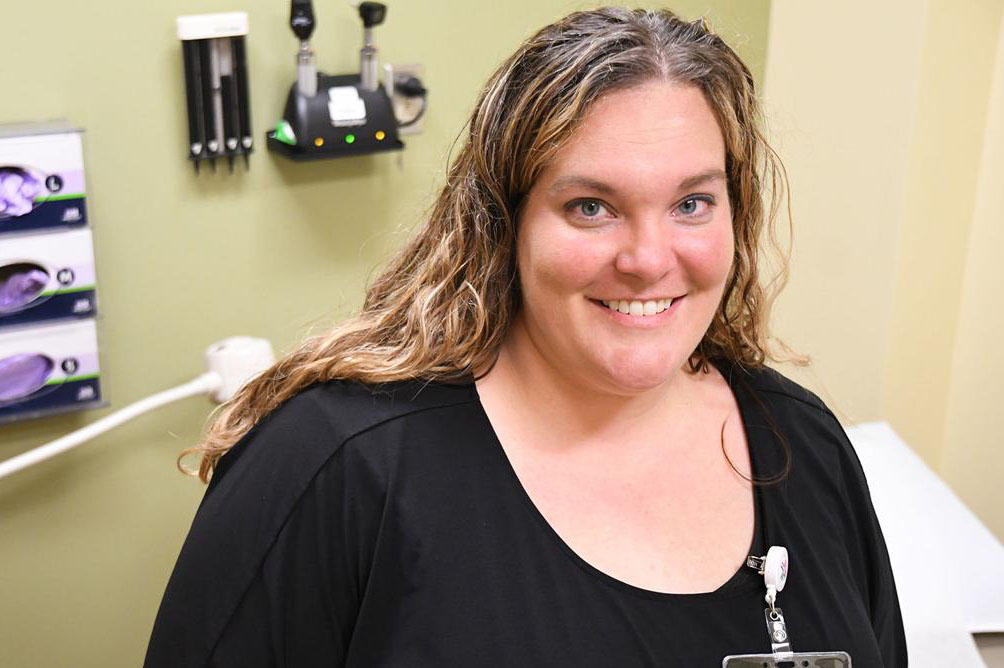 A new physician assistant is joining Sioux Center Health’s line up of family-focused practitioners this month.

Graff said her role will include many of the same tasks completed by a family doctor, including taking medical histories, doing physical exams, ordering lab tests and X-rays and prescribing medications.

Sioux Center’s rural setting feels like home for Graff, who grew up in the north central South Dakota community of Java that had a population of 129 in the 2010 census. But her road to becoming a physician assistant is a bit nontraditional.

“I always wanted to go into medicine in some way,” said Graff of her aspirations beyond high school, noting she had no other family members in the medical field. “I knew I didn’t want to go into nursing; I didn’t want as much patient care at that time in my life. I shadowed an x-ray technician in high school and I knew that’s what I wanted to do.”

She earned a degree in biology from the University of Jamestown in North Dakota in 2004, then worked 12 years as an x-ray technician.

“I truly enjoyed it, still enjoy it, but felt the need to challenge myself a little bit more,” she said. “I felt I had hit a ceiling in rural South Dakota. Another PA showed me her career path and knew that’s what I wanted to do next.”

A mother of three, Graff enrolled in the University of North Dakota in Grand Fork, ND, and received her master of physician assistant studies in 2017.

“That program allowed me to get back home the majority of the time since I had a family while also going back to school,” she said. “Being a wife, mom of three and going to school was certainly a challenge but also very fulfilling.”

For the past three years, she’s been working as physician assistant at Mobridge Regional Hospital in Mobridge, SD, which had a population of 3,465 in the 2010 census.

“Mom life and being a physician assistant complement each other,” she said. “I’m able to get out of the house during the day, see patients, interact with different members of the community but also able to go home and have supper with my family like any other working mom would be able to do.”

Due to a life change, the family was looking for a new setting “and Sioux Center fit the bill,” she said.

“It feels a lot like home,” she said. “It’s a bigger community than we’ve lived in before, but still has that small town, farming value feel — that’s what drew us here.”

She actually came through the community once before, which is partly how she knew the area might be a good fit for them of the three options she had to choose from.

“Before Sioux Center became an option, we did a trek through Iowa to pick up some cattle for 4-H projects last fall,” she said. “We had gone through Sioux Center and liked the community.”

“Besides the farming community, I liked the fact that this role is going to be mostly in the clinic setting,” she said. “I’m excited to meet and get to know more community members.”